Interface is the first commercial carpet manufacturer taking back its products after use to recycle them creating a real lifecycle. 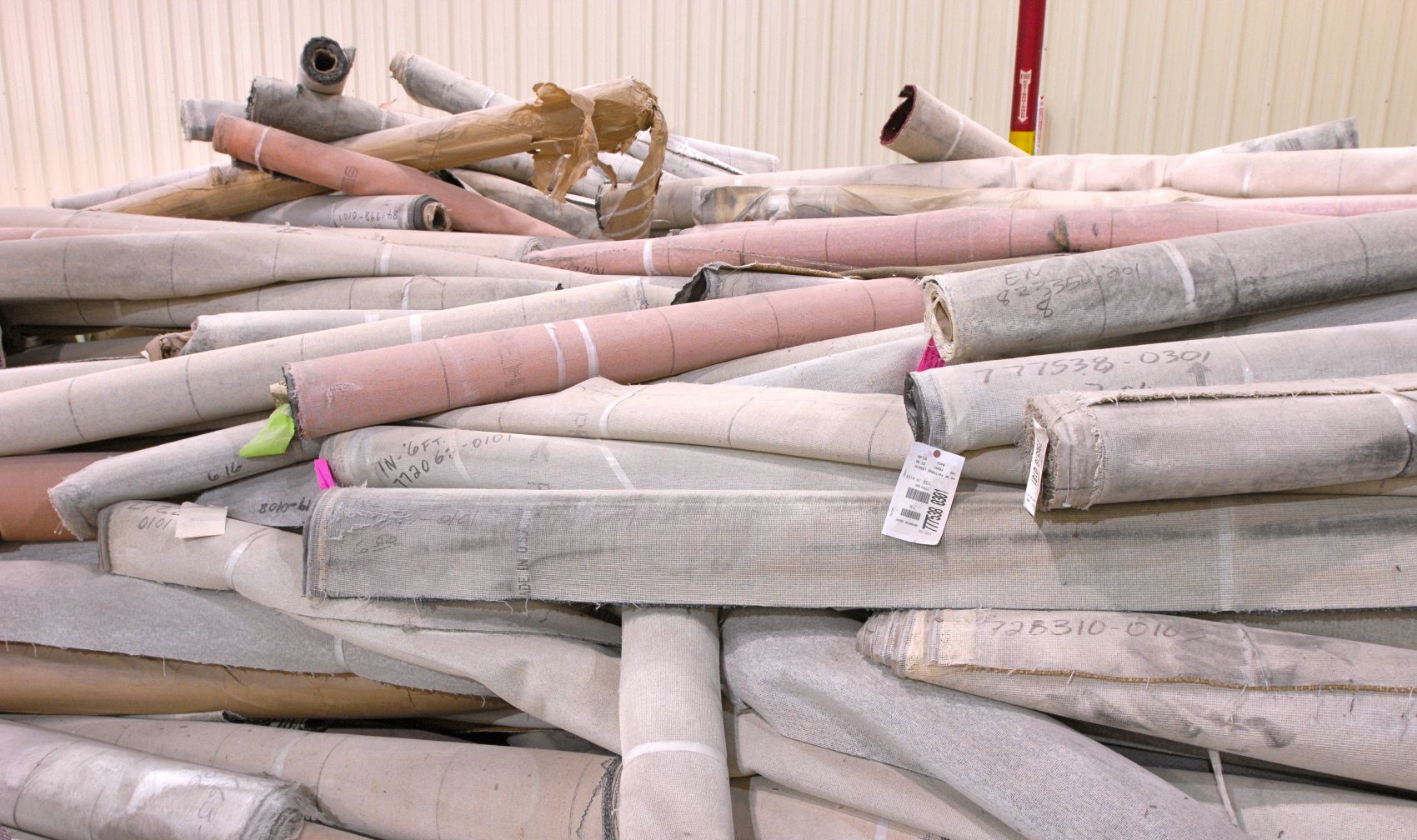 Interface, Inc. began life in 1973 when founder, Ray C. Anderson, recognised the global need for flexible floorcoverings in the modern office environment. Advanced cutting and bonding technology enabled the company to meet the demand created by the office building boom of the mid-1970s. Modular carpet tiles continued to grow in popularity and by 1978 Interface sales had reached $11 million. The company went public in 1983.

In the mid-1990s, Anderson – inspired by Paul Hawken’s “The Ecology of Commerce” – took the decision to completely shift the company’s strategy, aiming to redirect its industrial practices to include a focus on sacrificing its business goals (also, the sharply rising cost of petrochemical, which was a key raw material in the carpet industry at the time, might have played its part). He wrote his first book, entitled Mid-Course Correction, in which he discussed his own awakening to environmental concerns.

In his first book, Anderson did not only reflect on the status quo, but presented a model for how Interface would become truly sustainable. He called this Mission Zero. Since then, Interface strives to be the first company to be fully sustainable – with zero negative impact caused by their people, processes or products. A goal that is to be achieved in 2020.

In more than 20 years of restructuring, Interface’s organization and processes were turned upside-down. Throughout the development process, the organization approached waste as a design problem and an economical as well as ecological inefficiency that has to be eliminated for the company’s and the greater good.

Today, all carpets are cradle-to-cradle, meaning they are taken back after use to be recycled, enabling Interface to use 100% recycled yarn. To further advance the company’s progress, personal performance objectives of management and executives are also linked to Mission Zero.

Ray’s epiphany revolutionized Interface’s business strategy from that day forward, and has characterized the company’s development ever since. Today, Interface is a global manufacturer of carpet tiles, driving sustainability through Mission Zero. Furthermore, energy costs were cut by $ 350,000 and resource input costs considerably reduced and CEO Anderson was a forerunner in the American sustainability movement by successfully turning his company upside-down. His life-cycle approach to product design resulted in a complete restructuring of Interface Ltd, which now serves as a role-model for cradle-to-cradle organization.